A group of year 6 girls had the opportunity to attend a STEM skills workshop at the Royal William Yard in Plymouth which was run by Microsoft.

The purpose of the workshop was: ‘In a world being transformed by technology, developing young people’s digital skillset is now more important than ever before. Coupled with this, there is a need to address the current gender imbalance in the STEM sector and bring more women into technology. These Maker Champion workshops aim to spark curiosity and act as a catalyst to developing female pupils’ digital skills for the future.’

The children were asked to consider how they could use technology to improve the world – with an environmental focus on the day.

During the workshop there were opportunities to code using Minecraft Education, and the chance to explore Paint 3D. 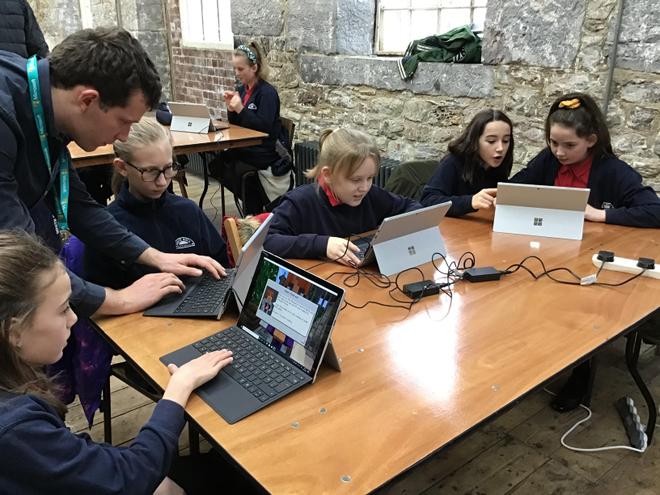 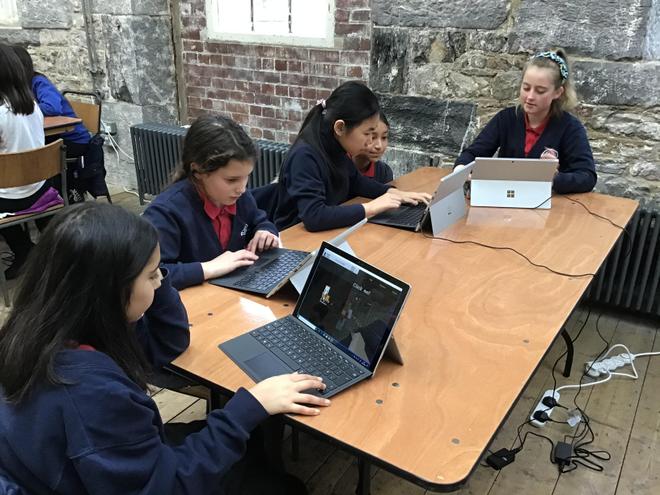 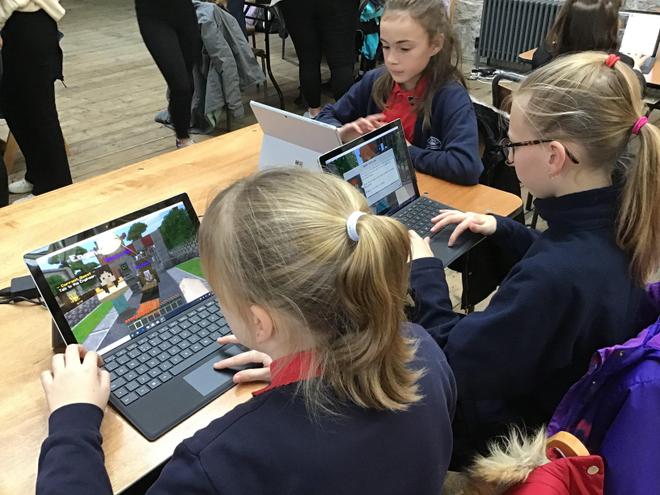 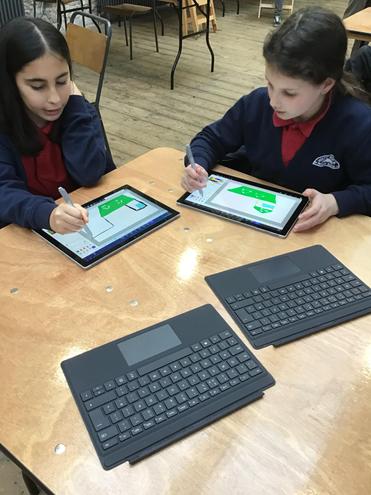 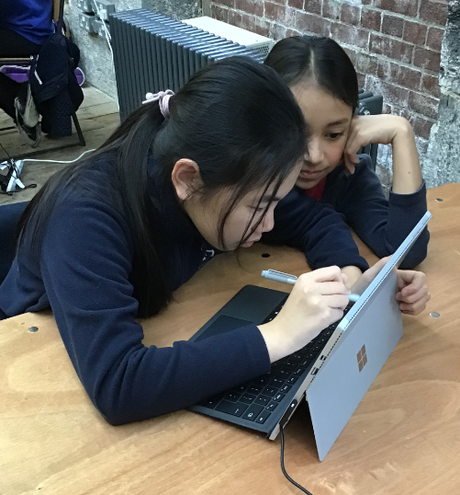 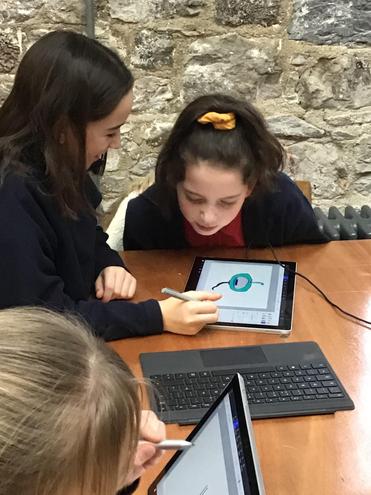 The children across the school have, once again, been using Purple Mash to draw self-portraits.

Here are some of the Key Stage 2 pictures.

Before they left in July, Year 6 voted for their favourite films based upon four categories: soundtrack, use of stop motion app, use of editing software and best film. Here are some of the winners. We hope you enjoy watching them. 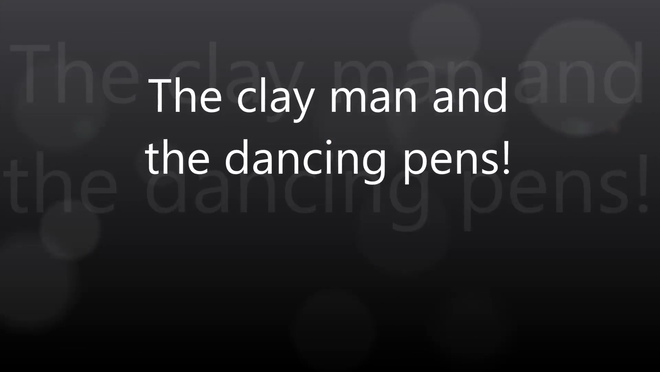 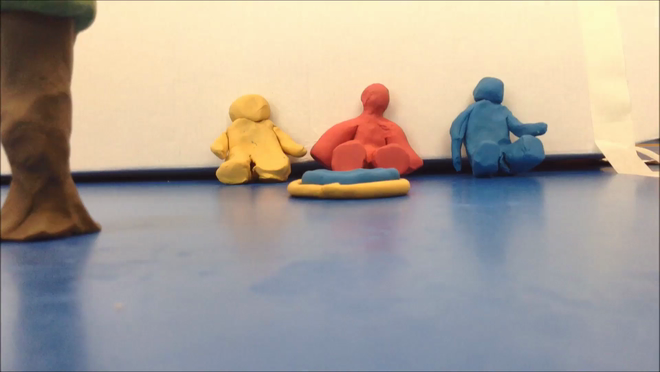 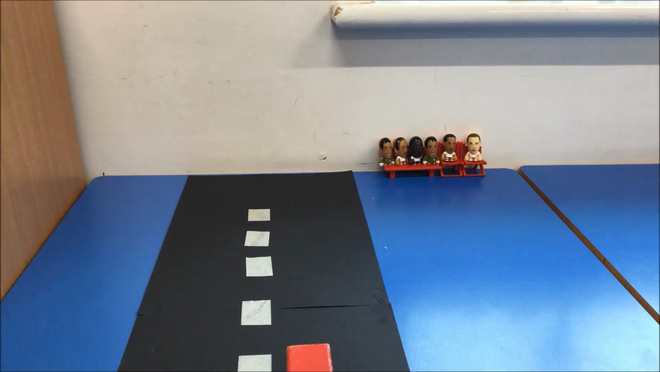 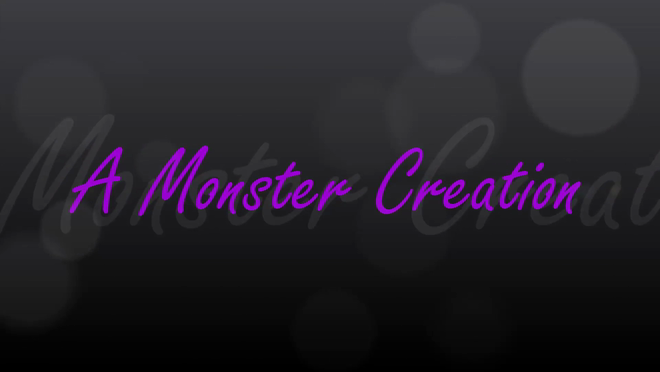 The children have been working on demonstrating their improving mouse skills by drawing new pictures of themselves. Here are some from each year group which show the progress.

On the left is the drawing from last September and on the right the one from this.

The Resources Team are amazing!

Each day they organise the computing resources, iPads and laptops, making sure that they are charged and ready for everyone else to use in their learning.

As the children have now moved into their new year groups, they were asked to use our drawing packages to create an image of what they look like now.

Years 2 and 3 used 2Paint, a relatively simple program, to produce these pictures and Years 4, 5 and 6 used 2Paint A Picture, which has a more complex set of tools. 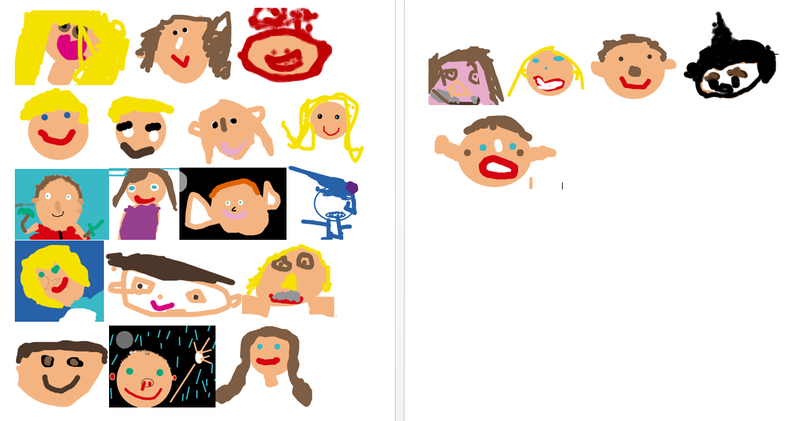 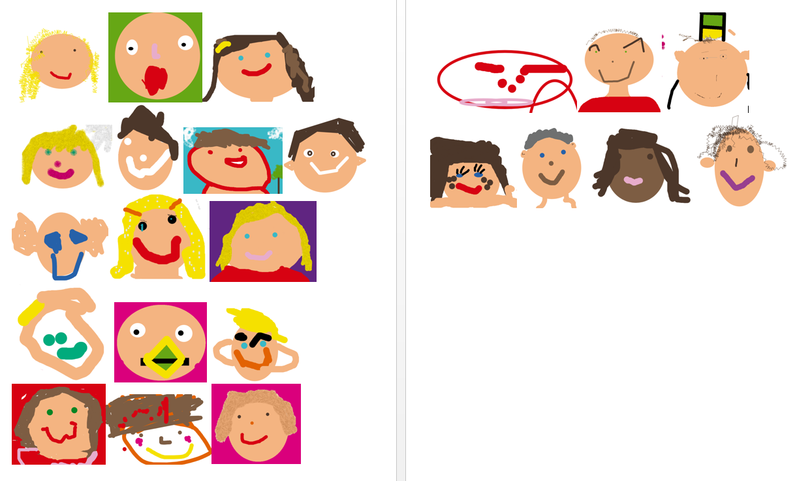 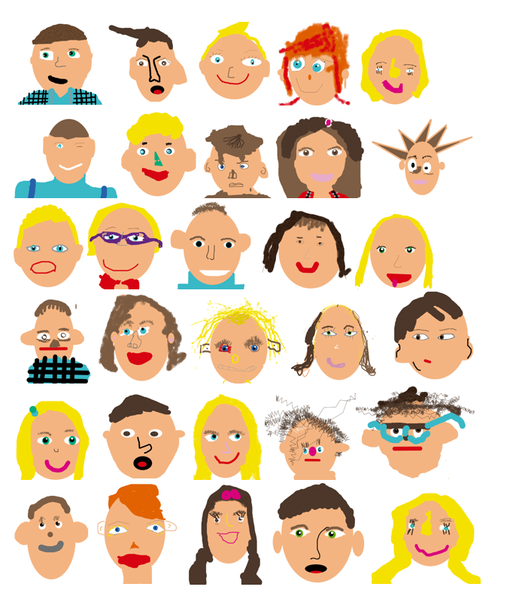 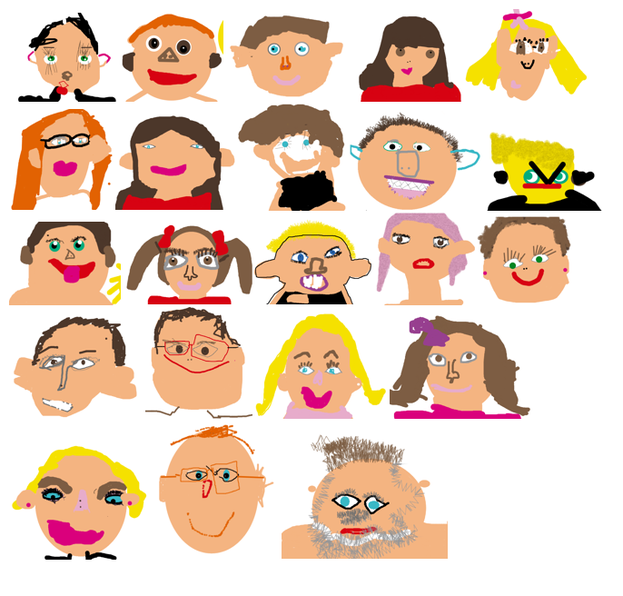 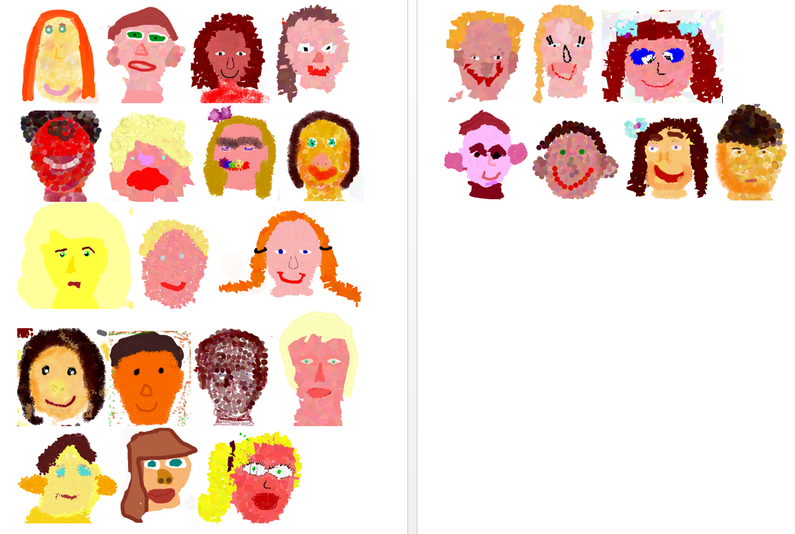 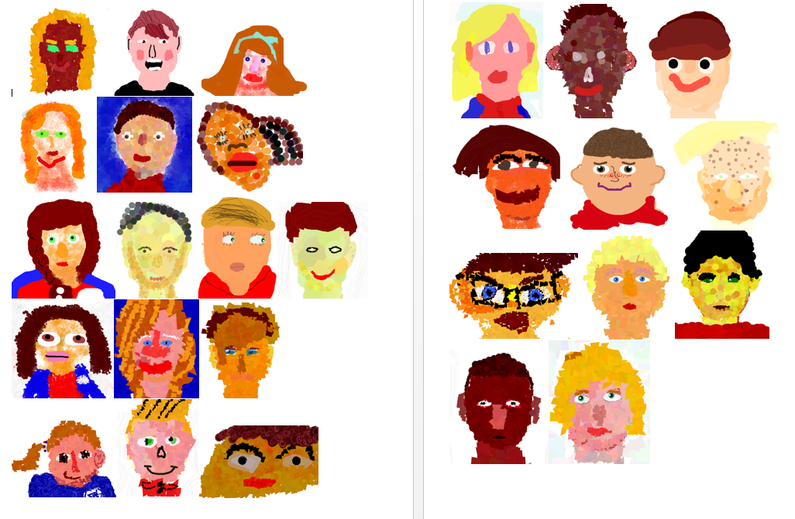 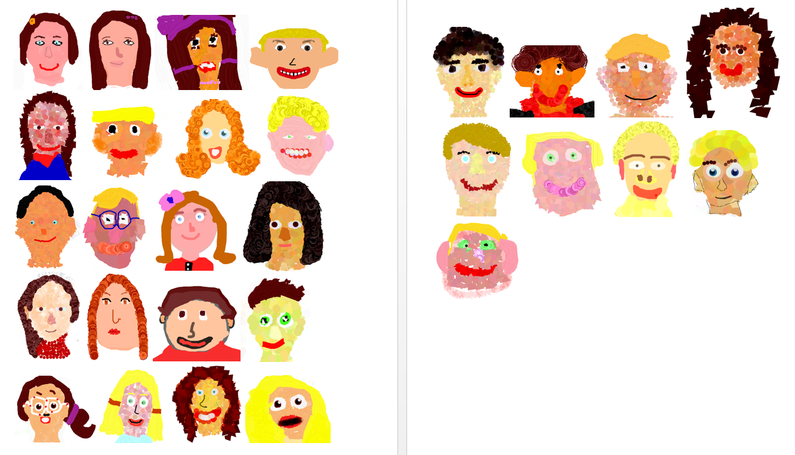 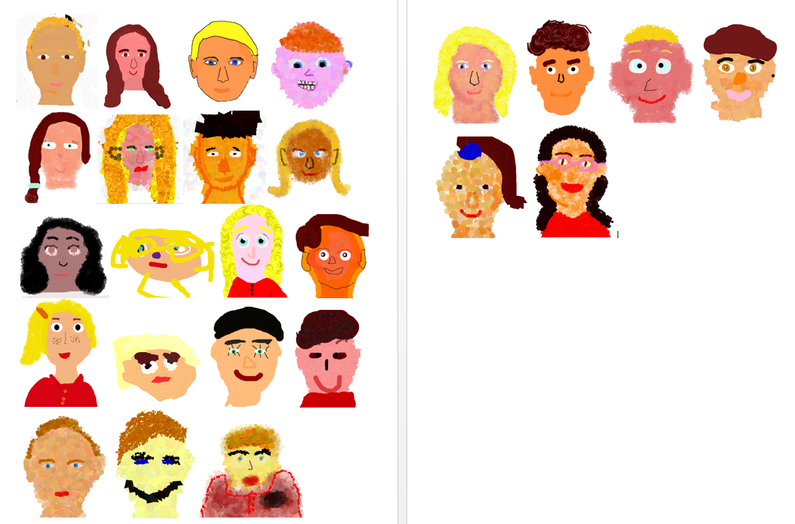 This year we, once again, held the White Rock Oscars. During their ICT lessons, year 6 children film, edit and add soundtracks to an animation which they have scripted. The particularly exciting parts happened this week when the screening took place and the children decided which films should receive awards. The categories were: best use of the animation software, best use of editing software, best soundtrack and the most sought after...best film!

Awards were presented in a whole school assembly and the children really enjoyed watching the films which were shown. 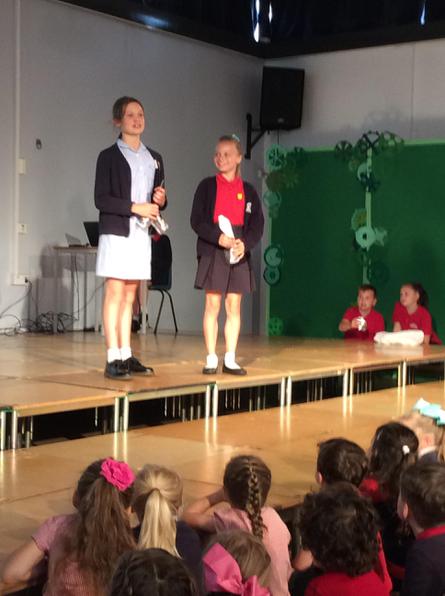 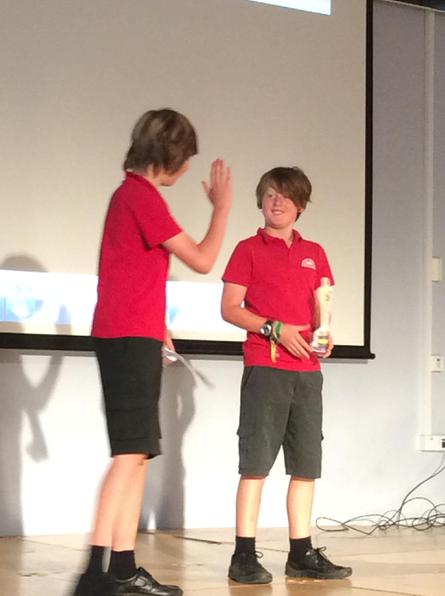 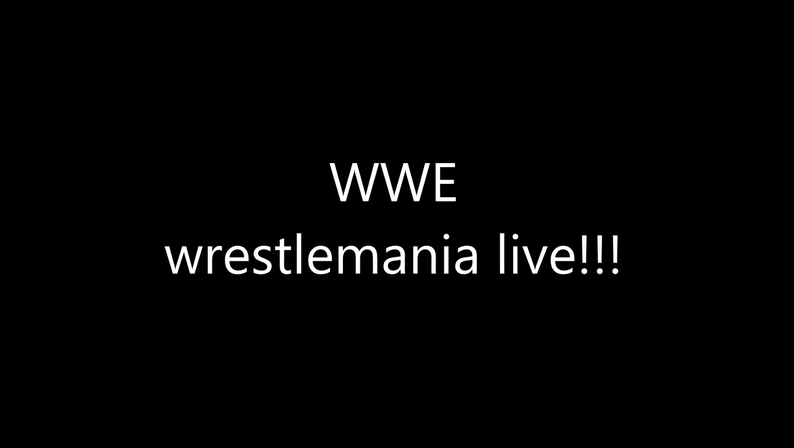 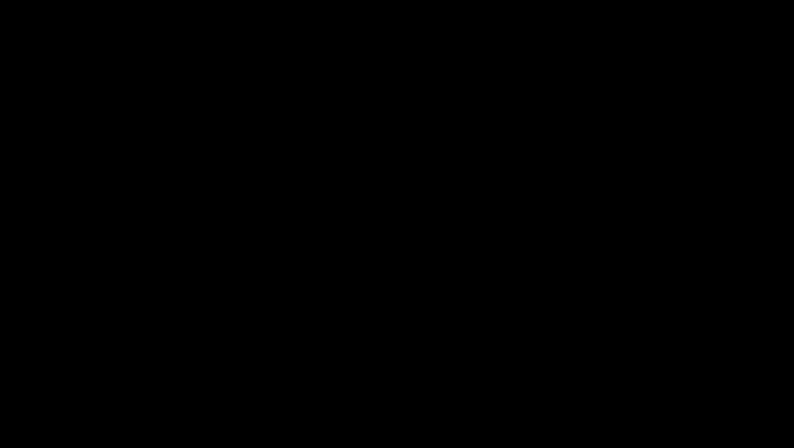 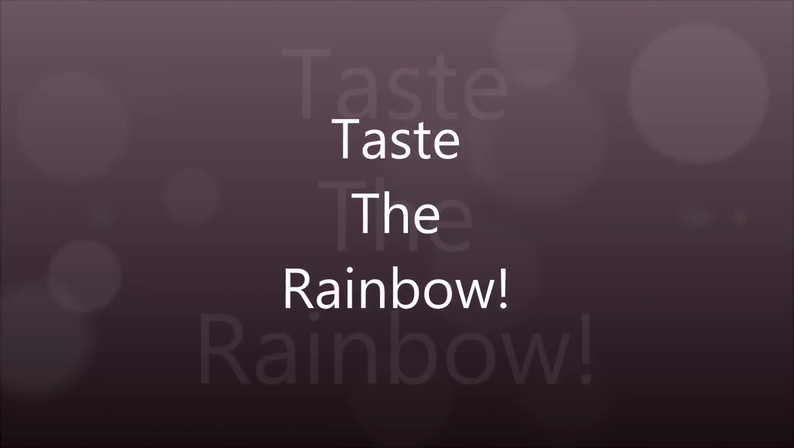 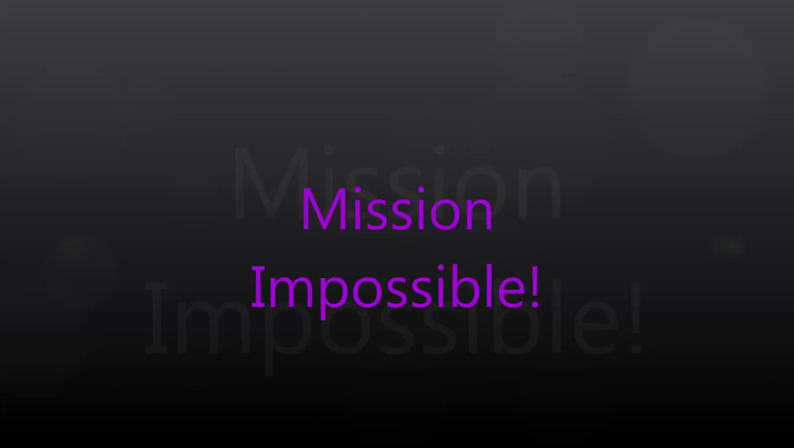 The year 4 classes have been exploring Logo in Purple Mash. They have learned how to use the repeat function to draw regular shapes, before writing procedures to make 'spiragraphs'.

This has been a very successful topic. The children have all enjoyed creating these beautiful patterns and what they have learned will be used when they extend their knowledge of Scratch programming next year. 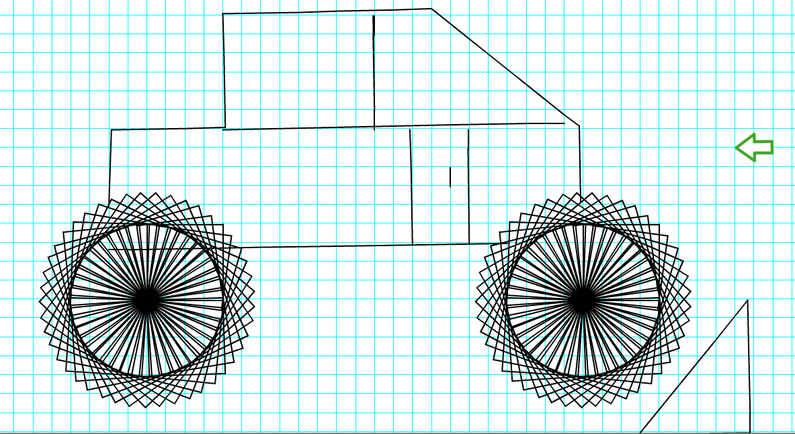 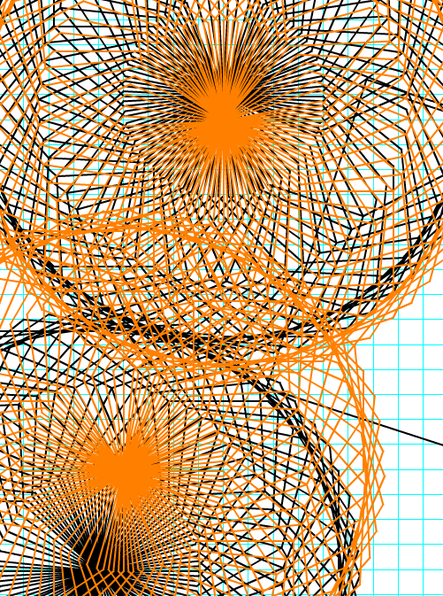 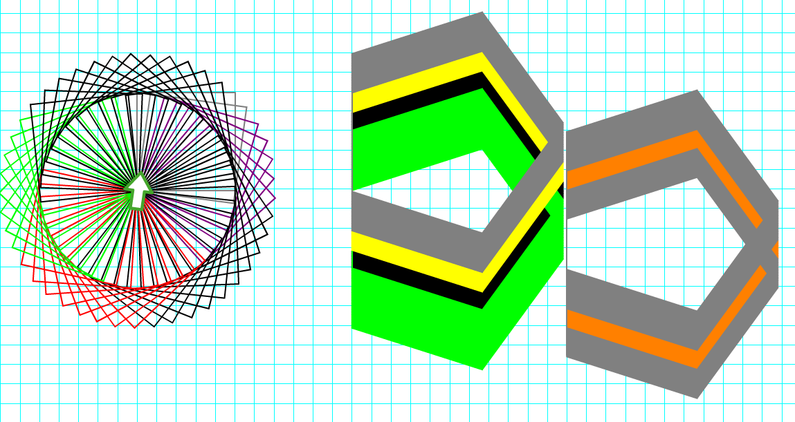 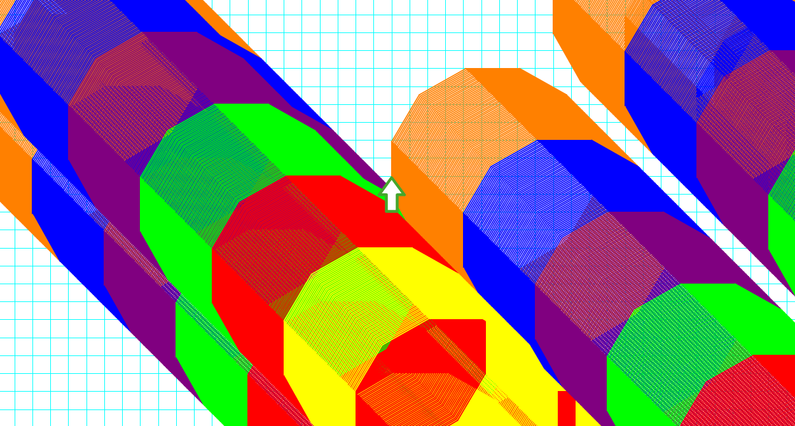 With our E-Safety focus in mind, we held an event for parents who wanted to find out what had been happening in our Computing lessons. For those parents who were unable to attend here is the presentation PowerPoint.