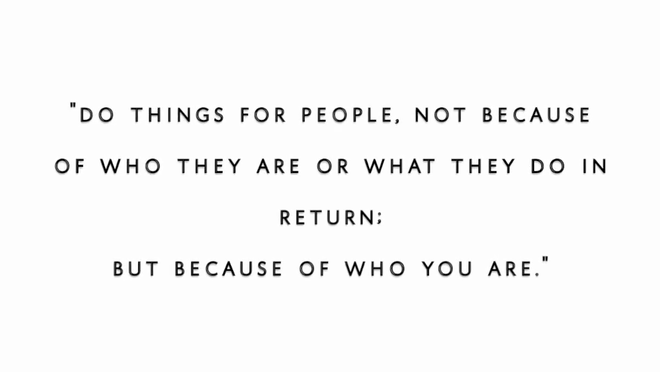 This Term we have been learning a song in assembly about treating people with kindness and singing it every day. The staff and children have been inspired by the song and decided to make our own video! The video shows children within our school carrying out little acts of kindness. We hope you like it are motivated to continue a small act of kindness to someone today.

Raising awareness of anti bullying week. KS1 and KS2 were involved in an Anti Bullying Workshop. KS1 watched a puppet show which taught them how to be kind to people. KS2 watched a performance showing the real life experiences of a child being bullied and the affects it had. They also discussed what to do if they were being bullied and were encouraged to talk to a trusted adult. There are lots of posters around school to help children with this.  On Tuesday 13th November we held an odd sock day to celebrate being unique and different. Thank you for sharing Anti-bullying week with us!

ANYONE! The sad truth is that anyone can become a victim of hate crime. Most hate crime takes place because the attacker sees the victim as ‘different’ to them and cannot accept that person’s differences. To prevent this we can accept each other for who we are and celebrate our differences.

HOW TO SPOT HATE CRIME

· Mate crime - where vulnerable people are befriended and then exploited.

HOW TO REPORT HATE CRIME?

There are a number of reasons why a victim may not want to report a hate crime / hate incident to the police. Third party reporting is an alternative way for them to make a report. A report can be made anonymously if preferred:

(in partnership with the Devon and Cronwall police)

The children took part in an assembly all about hate crime and how to show tolerance and respect of people with different faiths and beliefs to our own. Children were taught how to spot hate crime, what to do if they are a victim of hate crime or witness it happening and how to report it. The Hate Crime Awareness box in the library was used for children to put in hate crime awareness posters, ask questions on post it notes, give advice and write down any good and bad experiences. These responses along with photographs have been sent to Devon and Cornwall Police. If you would like more information on Hate Crime, go to: www.stophateuk.org/hate-crime-awareness-week/ to find out more.

As part of our learning about Democracy, and in preparation for Local Government week next week, we were very lucky to have the local MP Kevin Foster visit us and talk to us about his role as an MP. We wanted to know lots of things about him such as had he always wanted to be an MP, what it was like inside the Houses of Parliament and if he agreed with the Brexit decision? It was great to hear about Kevin's life - hopefully it has inspired some of our children to take up a career in politics!

Democracy in Year and 4

During our Year 3 and 4 assemblies, we have been focusing on democracy. We have investigated what it is like to live in a democratic society and considered what life would be like if we didn't. In light of the General Election on Thursday 8th June, today we held our own election. We had to vote for which story we wanted to read. After listening really carefully to the arguments for and against both stories, we voted on our own ballot papers by  placing a cross against which story we thought we would like. The verdict.....we'll have to wait until the votes are counted!

Unfortunately not the ones with chocolate chips.

Some cookies are necessary in order to make this website function correctly. These are set by default and whilst you can block or delete them by changing your browser settings, some functionality such as being able to log in to the website will not work if you do this. The necessary cookies set on this website are as follows:

Cookies that are not necessary to make the website work, but which enable additional functionality, can also be set. By default these cookies are disabled, but you can choose to enable them below: